Should We Be Worried About Our Donor’s Genetic Carrier Status?

Home > Fertility Blog  > Should We Be Worried About Our Donor’s Genetic Carrier Status? 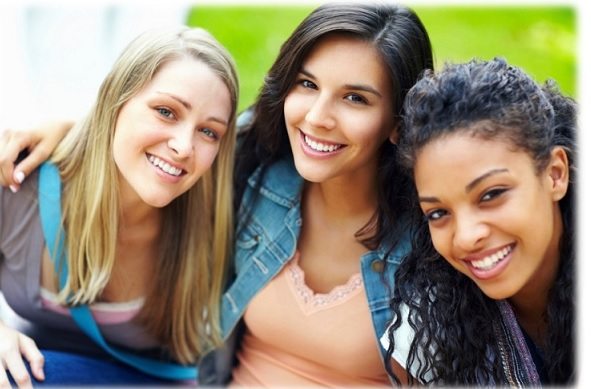 27 Sep Should We Be Worried About Our Donor’s Genetic Carrier Status?

Posted at 14:47h in Fertility Blog by admin

Clients often ask how concerned they should be about genetic carrier status when they are considering working with an egg donor.  Ultimately, your decision to proceed with a donor when she is a known carrier of a genetic condition will depend on many factors.  The most important factor will be your gut-level of comfort about genetic risk.  But you should have the opportunity to speak with a genetic counselor to get the important details straight concerning the condition so that you can make the decision that makes the most sense to you.

Here is my take on the issue:

We are ALL carriers of genetic disease.  It is thought that there are somewhere in the range of 6,000 to 10,000 diseases caused by a single gene and it is believed that we all carry 4-5 mutations in genes critical to life.  Should we pair up with someone who carries a mutation in the same gene, and should a pregnancy receive both abnormal copies of the gene, the condition would be lethal.  Many of these conditions are recessive in nature, meaning that an individual who has no symptoms of the condition can pass the condition on to offspring.  If the condition is autosomal recessive, that means that two copies of an abnormal gene must be present in order for the disease to develop.  So both the egg donor and sperm donor must pass on a mutation for the child to have the condition.  Given this information, I believe it is rather arbitrary to exclude a prospective donor just because we have a test today for one of the conditions for which she is a carrier.  As testing gets better, I think we’d have no candidates left if we excluded all known carrier donors! Rather than excluding known donors, I think it makes sense to dig deeper into the issues.

Can we provide reassurance by testing the other reproductive partner?  Carrier screening has come a long way in the past few decades.  Testing for carrier status for genetic disease began in the 1970s, with testing for Tay Sachs disease available for certain at-risk populations.  Since then, the genetic basis of more recessive conditions has become known, and more sophisticated screening options have come on the scene, year after year.  Today, many patients elect expanded carrier screening panels that can identify over 90 conditions in a single cheek swab or blood sample.  Just a few years ago, when one reproductive partner came back positive, I would compare and contrast the various “panel” approaches to testing offered by the many genetic labs on the market, offering the test with the best coverage for known mutations to my clients, and discussing the relative costs of each.  Panel testing would incorporate the most common known mutations in the gene, and would often provide significant reassurance that the matched reproductive partner was likely not a carrier for the same condition.  Sometimes a patient would foot a bill for $3000-$5000 to sequence the gene for the greatest reassurance.  Sequencing a gene means looking at every DNA base in the genetic code for that gene, essentially “spell-checking” it for any errors.  But today, many genes can be tested via Next Generation Sequencing, which targets and sequences the coding regions of the gene, and can often be conducted at a price tag of under $1000.  Even with sequence analysis, we can never reduce a risk to zero that an intended parent would be a carrier for a genetic disease, but we can get that number as close as possible.  While it is too much to go into here, a genetic counselor can review the condition about which you have a concern, the expected medical course for an affected child, how well we understand the genetics of the condition, the sensitivity of the available carrier test(s) in the matched reproductive partner, and ultimately give you some perspective to make an informed decision that is consistent with your beliefs.

Research is not stopping.  Sometimes I hear of intended parents who are concerned about giving birth to a child who is a carrier (after a reassuring test in the other reproductive partner).  The issue I hear most often is that they are afraid that their grandchildren could then be at risk for the condition.  While I think it’s a fair concern, I think we need to be aware that–again–we are all carriers of genetic disease.  Choosing a donor who does not carry a KNOWN mutation does not mean you are choosing a donor who does not carry a mutation.  Our children will most likely have even broader options for carrier screening, for themselves and their reproductive partners.  And the immense research into genetic disease does not only benefit carrier identification that allows parents to make informed choices about genetic risk.  It also fuels new therapeutic strategies.  There is exciting new data on therapeutics coming in, in the areas of cystic fibrosis and lysosomal storage disorders, to name a few.  Who knows what conditions will be treatable in the next generation?

What are YOUR preferences for a donor?  I think this is the area that merits the most attention.  Choosing a donor is not easy, and you need to weigh your thoughts and feelings about a multitude of factors.  Sometimes a donor that seems ideal on so many fronts will turn out to be a carrier of a genetic disease.  Spend some time talking with a genetic counselor, get the information you need, and consider testing your reproductive partner if you feel the testing strategy could give you enough reassurance.  You might come out of this process choosing the donor, or you might come out this process knowing you did your due diligence, and she is just not the right one for you.

Please note:  While I think it is reasonable to work with a donor who is a carrier of an autosomal recessive condition, I do not advise working with donors who are carriers of X-linked conditions, such as Fragile X.  The genetic risk in such a situation is much more significant, given the pattern of inheritance.  The American Society of Reproductive Medicine practice committee also does not recommend working with a donor who is a carrier of an X-linked condition, but states that “donors who are heterozygous (for an autosomal recessive condition) need not necessarily be excluded if the reproductive partner has had appropriate carrier screening.  The recipient and reproductive partner

(as appropriate) should be counseled about the accuracy of the carrier screening test and the residual risk to be a carrier following a negative test. Counseling regarding residual risk is complex and may be best provided by a genetic counselor.”

Disclaimer:  Please keep in mind that the information provided here is not meant to be a medical opinion about your specific case. The problems of every patient are unique and should be addressed by their physician or other health-care professionals in an individual conversation. You are welcome to bring up questions inspired by this blog post with your medical team. However, no one should use this blog as a source of medical care.

Gina Davis is a licensed, board-certified genetic counselor, who specializes in the field of reproductive medicine (infertility, assisted reproductive technologies and pre-implantation genetic diagnosis). She served as a genetic counselor at the University of California, San Francisco’s Center for Reproductive Health from 2004 to 2013. While studying to become a genetic counselor, Gina served as a medical assistant at two private fertility practices in Southern California and conducted research at a UC Irvine molecular genetics lab. She has been immersed in the field of reproductive medicine her entire career and brings a wealth of knowledge in working with both practitioners and patients. Gina has helped to shape the role of the genetic counselor within the field of Reproductive Medicine. She has assisted in the training of fellow genetic counselors, physicians, nurses, other health care practitioners, and undergraduate students in reproductive genetics through lectures, small group facilitation and mentoring. She has given numerous presentations at professional and patient support meetings, and has been co-author of diverse publications within the field. Gina is the past chair and current member of the Genetic Counseling Special Interest Group of the American Society of Reproductive Medicine (ASRM). She is an active member of the Assisted Reproductive Technology Special Interest Group of the National Society of Genetic Counselors (NSGC). She has also worked as a volunteer with Resolve and the March of Dimes.