Be in the Know. Sperm Donation at a Glance.

While we use donor sperm for IVF treatment, we are not a sperm bank.

We do not accept identified (known) sperm donations but can refer to local facilities that can coordinate the process and ultimately transfer the donated sperm to Fertility Specialists Medical Group (FSMG) for use.

For nonidentified (anonymous) donors, we routinely work with our patients to facilitate the transfer of sperm from a sperm bank when necessary for fertility treatment.

We frequently work with:

Patients may also choose to purchase donor sperm from any sperm banks that have received accreditation from the American Association of Tissue Banks.

What is Sperm Donation? 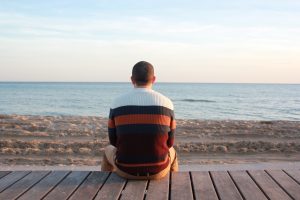 Sperm donation is when a man makes sperm available to those who can’t otherwise get pregnant without it. Physicians have been using frozen donor sperm for IUI since 1953.

Patients may opt to use a nonidentified (anonymous) donor from a sperm bank or an identified (known donor), such as a friend or family member. In both situations, the FDA guidelines have rigorous screening protocols to reduce the risk of transmission of infectious diseases. A donor must complete specific blood work, a risk assessment questionnaire, and undergo a physical exam within a specified period of time of donation.

After the man donates his sperm, it is frozen and quarantined; this step can be waived in cases of identified donors. After quarantine, the donor must undergo repeat screening before the sperm is released for use. In the case of sperm banks, another testing may be performed, such as genetic screening.

Who Can Benefit from Sperm Donation?

In recent years the use of donor sperm has decreased in heterosexual couples, as the use of ICSI for the treatment of severe male infertility has become widespread.

ICSI requires very little sperm for use in IVF as a single sperm is injected directly into an egg’s cytoplasm where fertilization can hopefully then occur. Resulting embryos can then be transferred into the partner’s uterus.

Sperm donation is also frequently used as a fertility treatment for single women and lesbian couples desiring to build a family.

Male factor infertility can be addressed through the use of a sperm donor. Sperm donation is used when a male partner’s reproductive system has complications. These include:

ASRM recommends sperm donors be of legal age, but younger than 40 in order to minimize the potential risks of sperm from older donors.

As previously mentioned, donors can be nonidentified (anonymous) or identified (known), but all donors should undergo the FDA’s recommended screening and testing process to minimize the transmission of infectious disease.

This screening includes testing for infectious disease agents or diseases. A comprehensive medical history is the main focus of the screening process, including an extensive questionnaire for high-risk behaviors.

A psychological evaluation and counseling are recommended for all sperm donors, both identified and nonidentified. This is to the benefit of the recipient(s) and donor. The goal of the assessment is to identify:

The FDA requires all sperm donors to be tested for a specific list of infectious diseases and return negative results within seven days of the donation.

Additionally, nonidentified sperm donors must be tested again after a period of quarantine of the sperm sample. This is recommended for identified donors as well but can be waived with appropriate counseling regarding risks.

Selecting Donor from a Sperm Bank

At a sperm bank, donors will often be asked to provide information about their education, hobbies, interests, and personal habits, in addition to medical information.

This is of interest to many intended parents as a child born from sperm donation will inherit the donor’s genes as well as physical and perhaps personal traits.

Sperm banks may also provide photos, video, or audiotapes from the sperm donor for recipients to make a more informed, well-rounded decision about the donor.